Be it summer or winter, this is your ultimate guide to Montreal

The city of Montreal is probably one of the most unique cities in the world in terms of its weather patterns. Located on the North-East side of America, it is Canada’s second biggest city, just behind Toronto. Situated in Quebec, Montreal is a bilingual and oftentimes politically and historically divided city that speaks both English and French.

Aside from the whole independence thing about whether Quebec should be free from Canada, which is a whole different story to be told in another chapter, Montreal is a vibrant cultural melting pot with a European touch blended into it. Having lived there myself for 3 years, I had the time to scope out the best things to do in summer and winter.

Oh yeah, did I mention that the winters reach -30 degrees? Layers and layers of snow fall for 6 months of the year and at times it gets so damn cold that the snow itself turns to ice. And then during the summer, the temperature reaches the mid-30’s with relatively high humidity. The transition periods between summer and winter also offers rain, storms, hail, wind and sunny blue skies.

Montreal is a sassy city with a bit of a bi-polar attitude, but you’ve got to embrace the sass, because after all, it’s kind of nice when things are predictably unpredictable.

Here’s a list of the top things to do in winter when in Montreal.

Igloofest is definitely one the coolest electronic music festivals you can go to. Thousands of festival goers dress up in multiple layers of ski jackets, beanies and all types of clothing to beat the negative 30 degree temperatures all while partying outside. It’s held in the Old Port and has 3 different stages and a variety of activities onsite.

Such a crazy feeling to party in such cold weather, where everyone dances to avoid their fingers falling off. Most of the bars are made out of ice, there’s an ice slide, bon fires and marshmallows to keep everyone stoked. With an international lineup of artists and an awesome set up, it is an absolute must during winter.

The park Lafontaine is one of the most popular city parks. It boasts a lake, plenty of grassy spaces and places to have fun. In the winter, the park is covered with snow, the lake freezes over and becomes a giant ice skating rink. You can rent ice skates and everything you need at the little station by the bridge.

On the other side of the lake, many people go luging from the top of the hill, getting amongst the winter fun. There are a host of events that are held in the snow-filled park throughout the winter and it’s a great place to have a stroll as the snow powders your nose.

When? From December – April

Mont Royal is the centrepiece of the city. With the downtown at the foot of this little mountain, it has the city’s primmest real estate. There are so many ways to enjoy the winter here. You can go ice skating on the frozen Beaver Lake, luging in the park Jeanne Mance, go for a hike up to the cross, ski or snowboard down any side you wish or just have a coffee and enjoy the snow-filled city skyline from the belvedere observatory.

Interesting fact: no skyscraper can be built taller than the Mont Royal. The city implemented this rule to prevent buildings obstructing the view of the mountain.

ICE FISHING IN THE OLD PORT

It’s something you’d think only Eskimos do, right? Think again! Montreal definitely gets cold enough for the whole region to freeze over during the winters. You can go for a full day of traditional ice fishing down in the Old Port of Montreal.

The experience includes a heated shelter, angling, bait, sonar and all the fishing equipment you need to haul up some fish swimming underneath the ice. Go with a few mates, bring some beers, a warm jacket and learn the ropes of fishing through a small hole in the ice.

Also known as Montreal En Lumière, this festival is one of the local favourites. The aim of the festival is for city goers to own the winter. Don’t get locked up for months on end without going out, get outside, brave the cold and live as if it was summertime. It lasts for about 3 weeks, with live shows, music performances, rides, art exhibitions, gastronomy stands and much more.

The famous Nuit Blanche is a day of the year where the entire city does an all-nighter. The metros stay open, the stores & bars too, with various events and spectacles scattered around the city for one big party and good time. If you’re in town on those dates go and check it out!

A what?! A poutine! Every city, country or region has a typical food dish that it’s known for. Whether it’s deep dish pizza in Chicago, croissants in Paris or Paella in Spain, they are the local specialties. In Montreal, poutine is the local (Quebec) dish to try. It’s a dish of potato chips topped with cheese curds and drowned in gravy. It is worth trying at least once during the winter.

Although it is available all year round, it is a very hearty dish and served hot, perfect to warm your body after a night out of drinking in town. I refrained from putting a picture up because to be honest, it’s not the most visually appealing dish in the world, nor is it the most gastronomical one either. If you’re in town, La Banquise (LINK: labanquise.com/en/) is well known for making some of the better poutines that I’ve tried.

When? All year round! 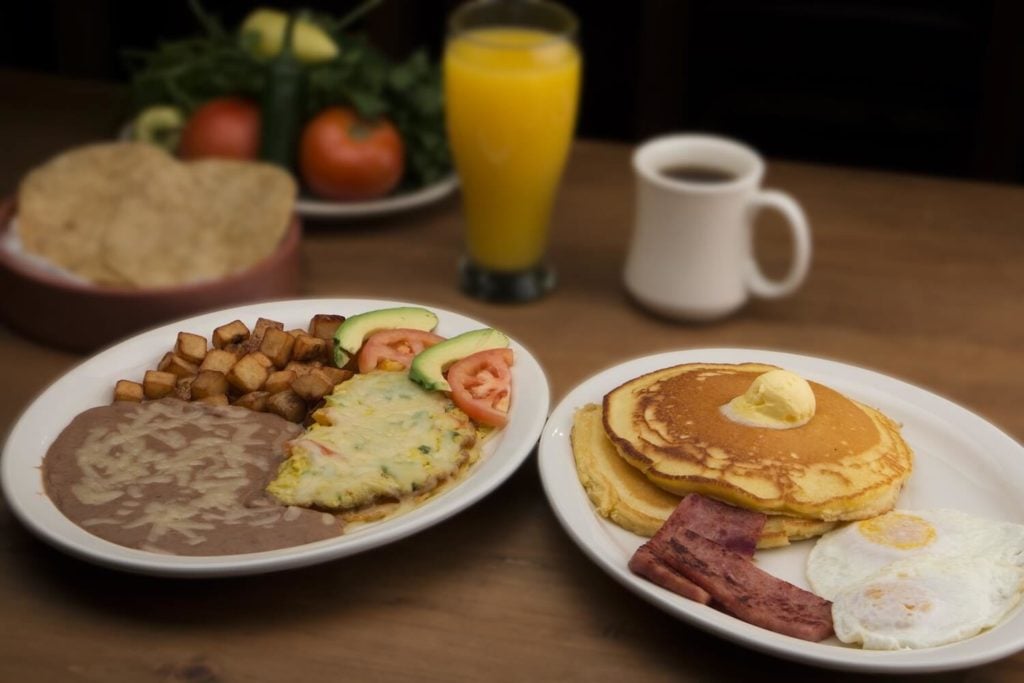 Since the winters get so cold, after a big Saturday night, you have the perfect excuse to laze around at home on Sunday mornings in bed. When you start getting hungry and can’t be bothered making any food, don’t worry! Brunch culture is well established in Montreal and there are a variety of great places to go for a late morning/mid-afternoon brunch. With unlimited coffee refills, fresh orange juice and wide selection of hot meals, fruits and pancakes, take the day easy with your mates or significant other and feed yourself back to sleep again.

Check out l’Avenue or l’Oeufrier amongst others.

When? All year round.

After long and cold winters, which are pretty much the human version of hibernation, the feeling that overwhelms your body as summer returns is quite a magical one. When summer rolls through, Montreal jolts to life with outdoor events, rooftops and activities. Here’s a list of the essentials. There are way too many to include in this list but here are my personal favourites.

The original Piknik Electronic, this is where it all started. Located on the Parc Jean-Drapeau just across the St-Lawrence river, this is where you want to be spending your Sundays. With 2 stages neatly tucked amongst the trees and nature of this beautiful island, the music pumps with groovy beats all afternoon while thousands of partygoers’ dance as the sun sets over the city.

The main stage has the city skyline as a backdrop, making it a stunning place to have a few drinks on a Sunday arvo. The vibe is very relaxed and easygoing. Piknik is a staple of Montreal summers and it is so popular that they exported it to Barcelona a few years ago.

The Jardins Gamelins are in the middle of the city at Berri-Uqam, a relatively small park designed around urban agriculture. Every year, this citizen-driven spot offers a wide range of cultural activities, lunches, after-work drinks and live music throughout the whole summer. Everything here is free and family friendly so all you have to do is come and enjoy whatever’s going on. There’s a human sized chess field, gardens, vegetable plots and greenery to liven up the space and make it feel cozy.

This park is my personal favorite. It’s actually 2 islands in the middle of the St-Lawrence river with breathtaking views of Montreal. Accessible by metro, bike or car across the Jacques Cartier bridge, it was originally used as the grounds for the 1967 World Exposition. Today, it is used as a public park for walks, bike rides, picnic’s and during summer you can even have a swim in the St-Lawrence.

One of the islands is home to the Formula 1 track which is open to the public, so you can walk, drive or bike along the famous strip of asphalt. It is also home to Montreal’s only casino. One of the main attractions on the island is the Biosphere, a museum dedicated to the environment, one of the remaining structures from Expo 67.

It’s a great multi-use area that hosts music festivals, cultural events and the opportunity to just lay back and enjoy the views of a bustling city while being surrounded by nature. It also has the region’s biggest theme park at the foot of the bridge called La Ronde.

When? All year round, but summer is definitely the season to spend some time there.

Starting in spring, the moment when everyone comes out of hibernation, the unofficial start of summer is when the Tam Tam’s start. This free ‘event’ is a mass gathering of people from all walks of life every Sunday at the George-Étienne Cartier monument.

People play their bongo drums and musical instruments while people dance, chill and have barbecues. This is by far one of the biggest no-judgement places you can spend an afternoon having some drinks.

Do you have to actively participate? Absolutely not, but I definitely recommend you join the drum circle at least once and get your groove on. Meet people, relax in the sun and have a nice picnic. Of course, since it’s a peaceful gathering, you might get offered to try some Mexican parsley. 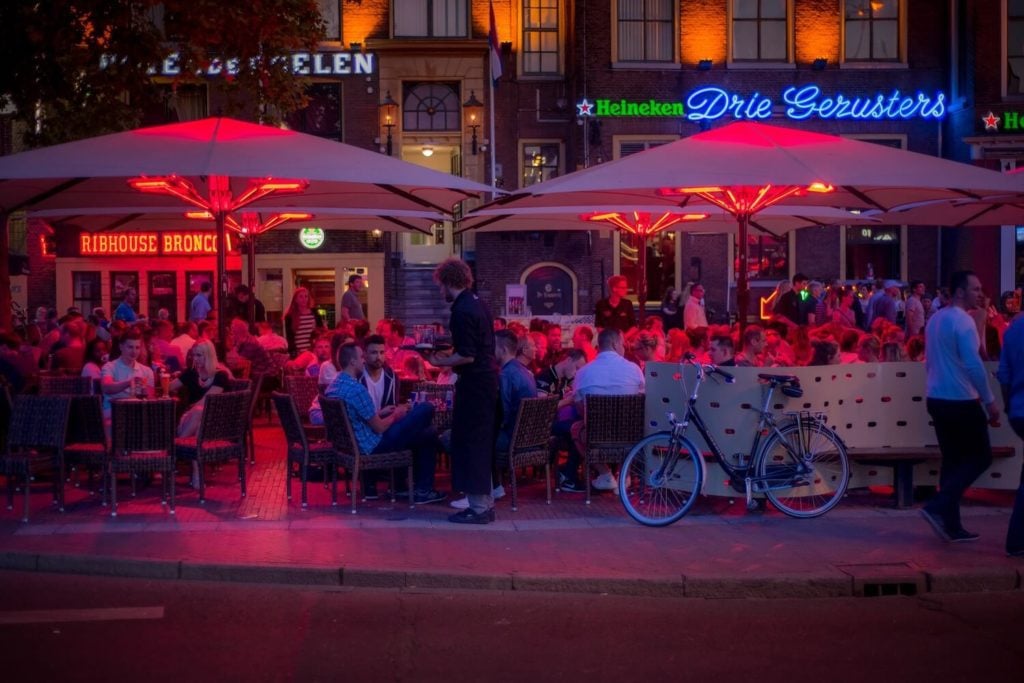 For 6 months of the year, all bars, cafés and restaurants have to close their terraces. In summer, they open again and all of a sudden, your options multiply by 10. Whether you’re into a fancy downtown rooftop bar, a street level outdoor terrace or the interior patios of the bars on St-Denis, there’s no better way to soak up the fresh air over a few drinks with your mates.

When? Terraces open in May and close in October 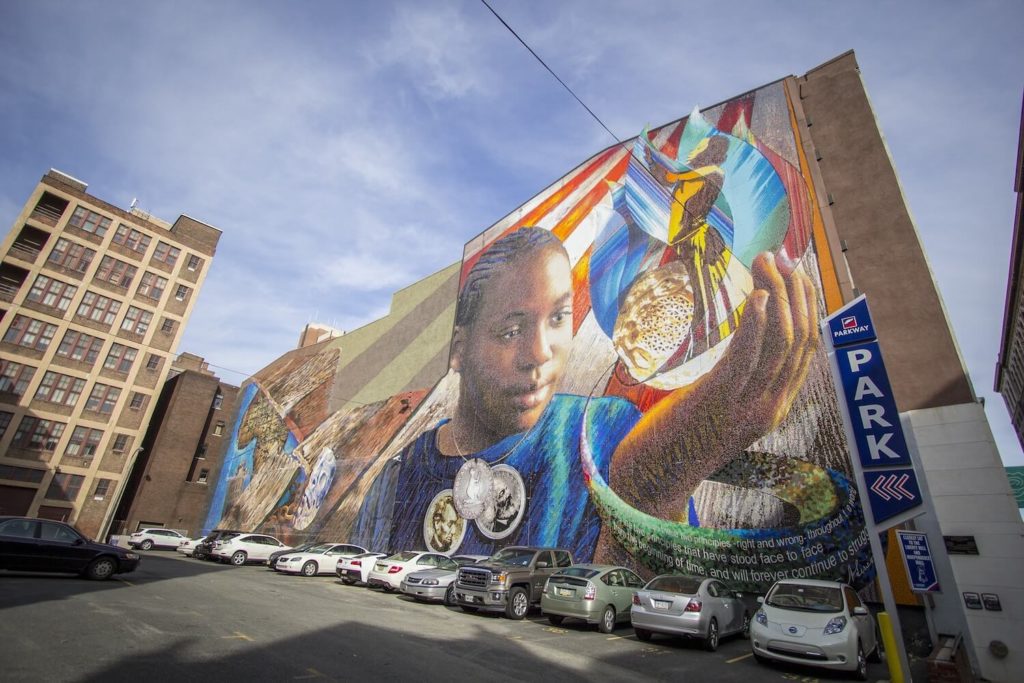 Montreal is definitely the artsy city of Canada. Whether it be for its music, art or culture, the creativity of the city literally breathes off the buildings. Every year, the Mural Festival gathers international streets artists together to paint and create huge murals on the sides of buildings and structures.

These several-storey high pieces grace the Montreal urban landscape for the following year. During the festival itself, you can walk around the streets and watch the artists perched high up on cranes, working on their pieces while music plays and people observe.

For more info on artists and dates, click here. 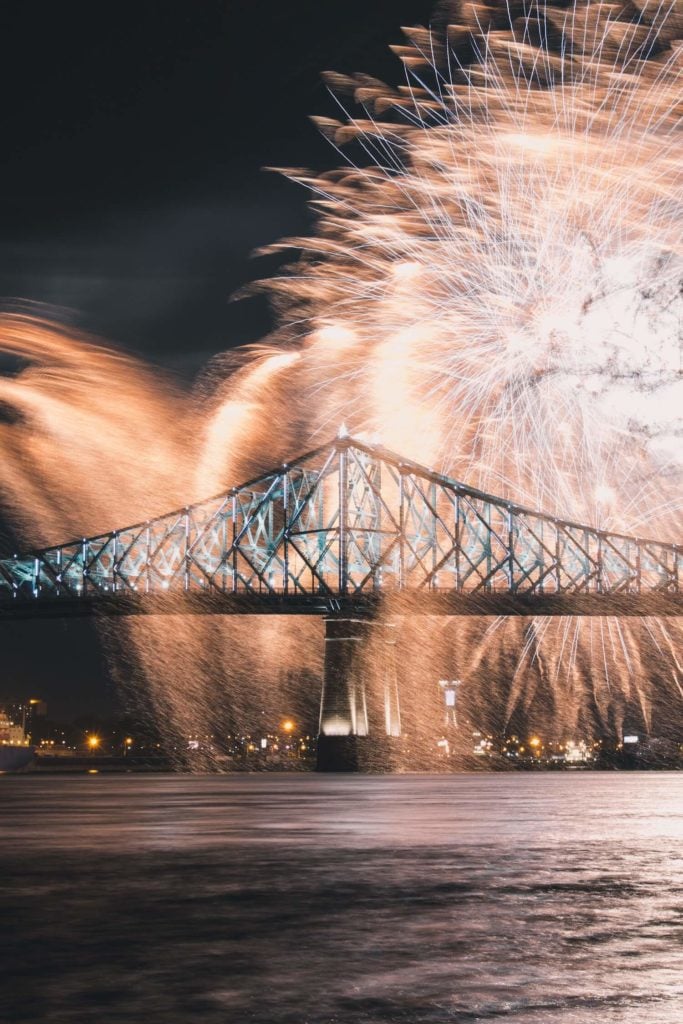 The fireworks displays are held every Wednesday and Saturday night throughout the month of July and are shot from the La Ronde theme park on Jean Drapeau. This means that there are plenty of spots to watch them for free. Spine tingling stuff! For a detailed guide of where to watch them, click here.

When? July of every year