Wroclaw is a city in Poland that you probably can’t pronounce but should definitely visit!

Say it, Wroclaw. Now if you’re like me, you are probably going to need some help. For an english speaker the way to pronounce it is something like “vrots-wahf”. I still can’t spell it though without thinking about my cat scratching me? This is my ultimate travel guide: Wroclaw Poland.

Wroclaw is Polands 4th largest city but is often over looked by travellers. I couldn’t really understand why as it’s one of the best looking cities I’ve travelled to, especially in winter when it was snowing. Wroclaw was the European Capital of Culture and hosted the European Film Awards, both in 2016. It also hosted some of the Euro 2012 football tournament games when it was co-hosted by Poland and Ukraine. So it looks like its definitely starting to become a lot more popular in the last few years.

Wroclaw wasn’t always a city with such a difficult name to wrap your tongue around. It used to be part of Germany and during that time was known as Breslau. I know much easier right?? But at the end of WW2 was handed back over to Poland and became Wroclaw.

The fact that Poland was also run by a communist government linked to the Soviet Union after the war up until as recently as 1989, means that there is a lot of recent history that influences the city. 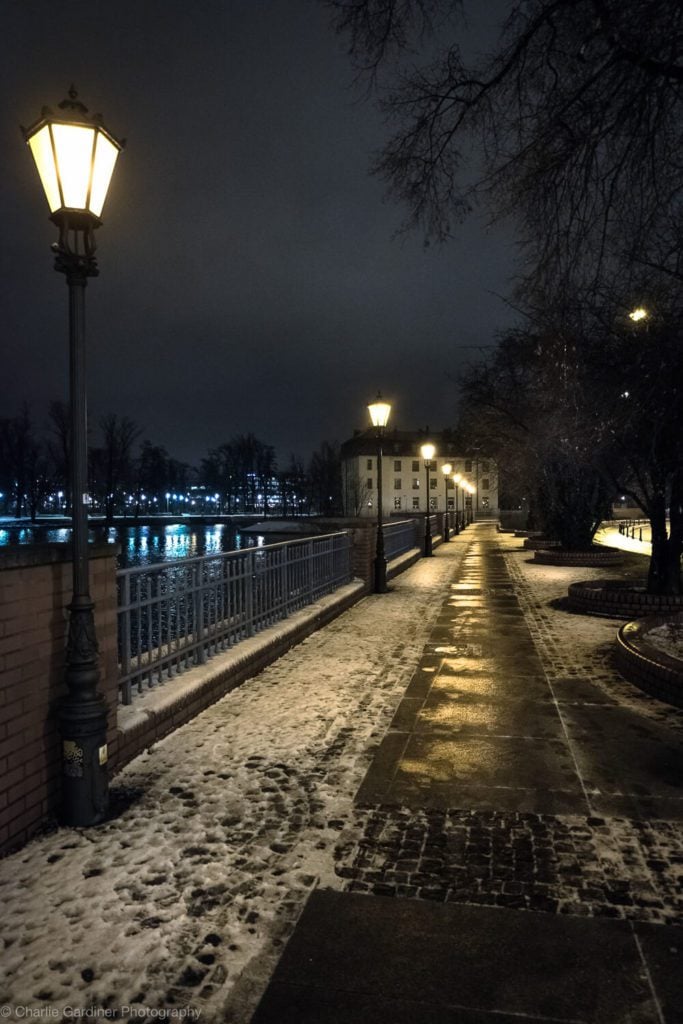 The first thing you’ll see if you fly into Wroclaw is the Oder river winding through the city. Wroclaw is sometimes known as the the city of bridges with over 130 bridges and walkways over the river. There are a lot of little islands in the river with parks on or you can take a walk along side it and try to find some of the cites dwarfs (yep actual dwarfs).

The Raclawice Panorama is a hand painted panorama of the Battle of Racławice and it is a massive 114 meters long! It’s really quite impressive and when you’re there you get given a 30 minute audio guide which shows you around the panorama explaining whats happening in the particular scene you are looking at. That helps a lot and really gets you to take a closer look at the painting. 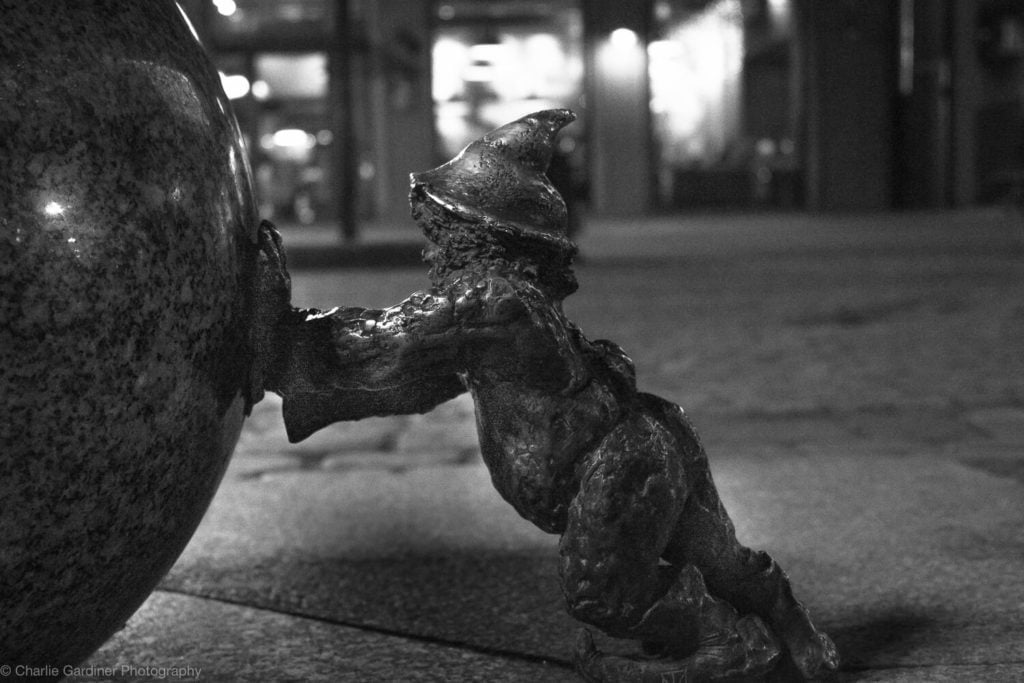 Ok so not real dwarfs but they have these little guys dotted around in the most random places all over the city, and all of them are different. Apparently there’s over 300 of them and if you go looking expect to find them anywhere.

It all started as a symbol of fun and creativity against the oppressive communist government at the time. Back then the dwarfs were painted on walls as anti-government graffiti but in 2005 the Mayor of Wroclaw decided to commemorate the anti-communist movement by having permanent statues made and put around the city. Now you find people with their maps out walking around trying to find as many as they can. 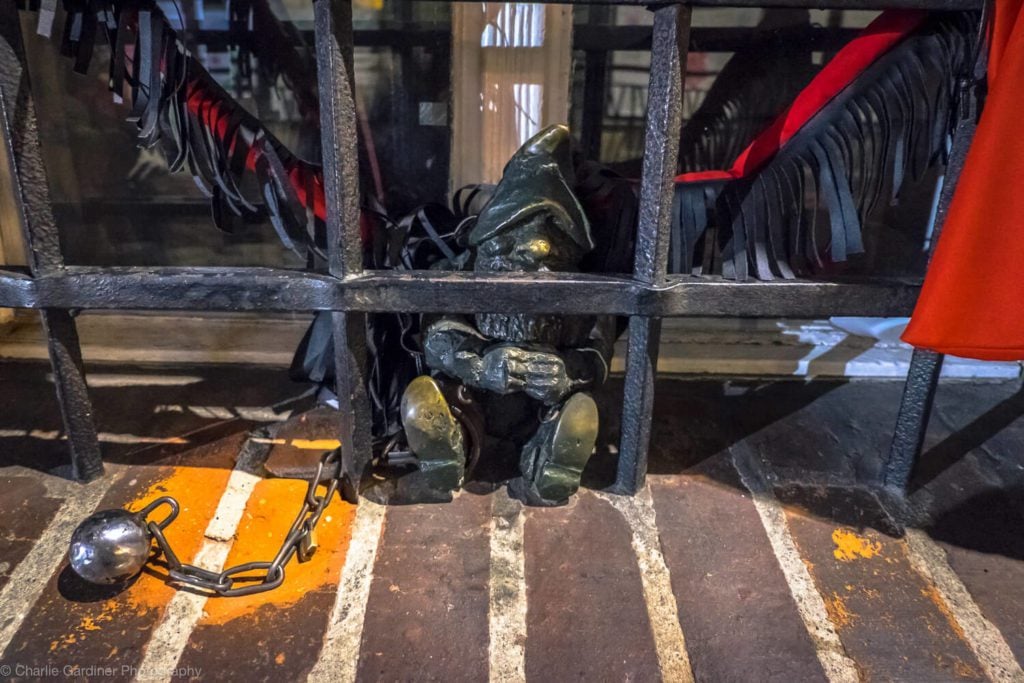 Lets face it, Poland isn’t really known around the world for its food is it? I didn’t really have much of an idea about Polish food before but the whole time I was there the only thing I ate that I didn’t like was the jelly vodka shots we had at the new years eve party I was there for.

My girlfriend is actually from Wroclaw so maybe I got to see a side of homemade Polish food that most travellers there don’t get to see though. The pierogis (stuffed polish dumplings) and borscht soup are two things I’d recommend but there are loads good of things on offer so be adventurous! 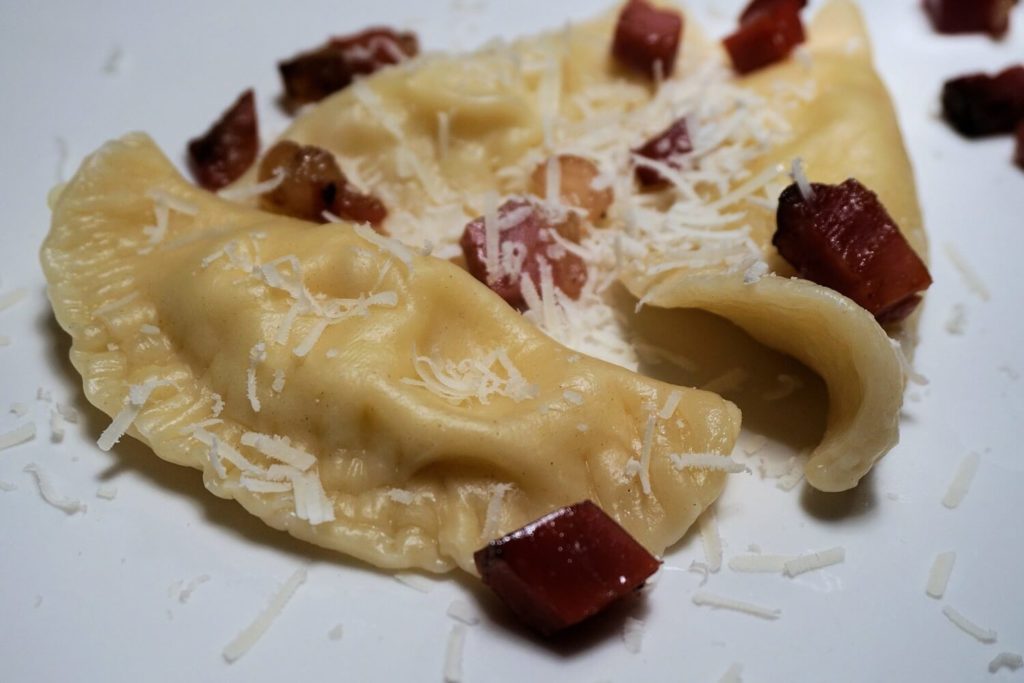 Honestly you have to try the pierogis, there’s a few different types but I loved all of the ones I tired.

On one of the islands of the Oder River, right in the middle of the city, is the Cathedral Island (Ostrów Tumski). The tiny island is full of churches and religious buildings with the main cathedral in the middle.

You can walk onto the island and look around the cathedral and churches and if you go at sunset you can see the streetlights still being lit in the old fashioned way, by hand. 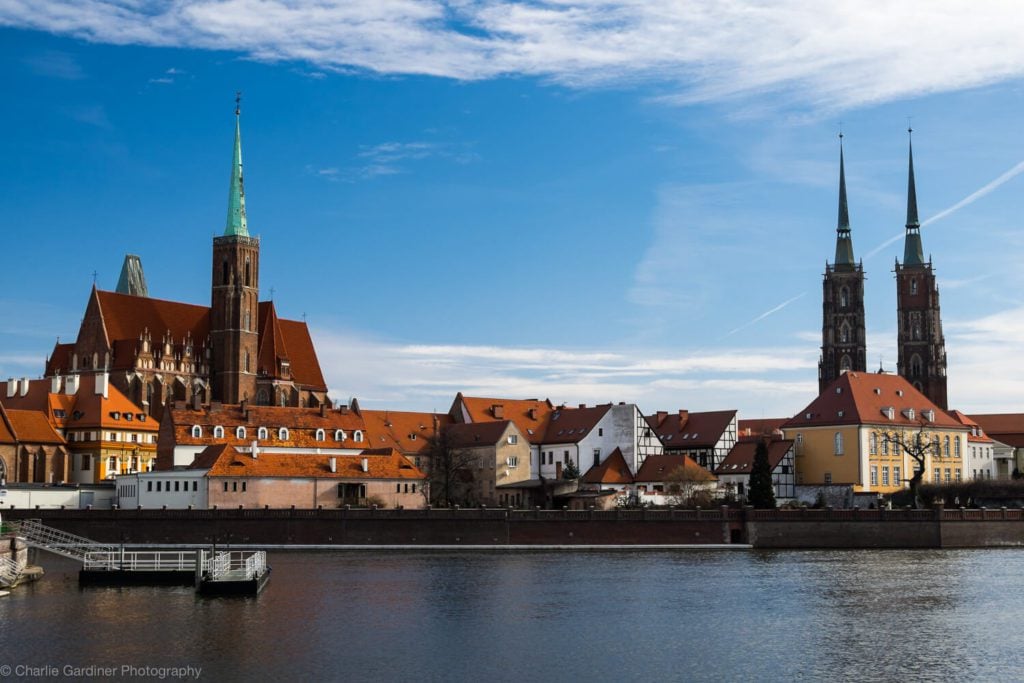 Stop off here while your walking along the river and you wont be disappointed, its almost like stepping back in time.

There used to be a gallery/bar here where all of the old neon signs from around the city were on display. But when we went there it looked like it had been shut down. It must have happened quite recently as it doesn’t say anything about it being closed online. Even so the alleyway is a cool little corner of the city if you’re like me and want to get some nice shots of something a little less touristy. 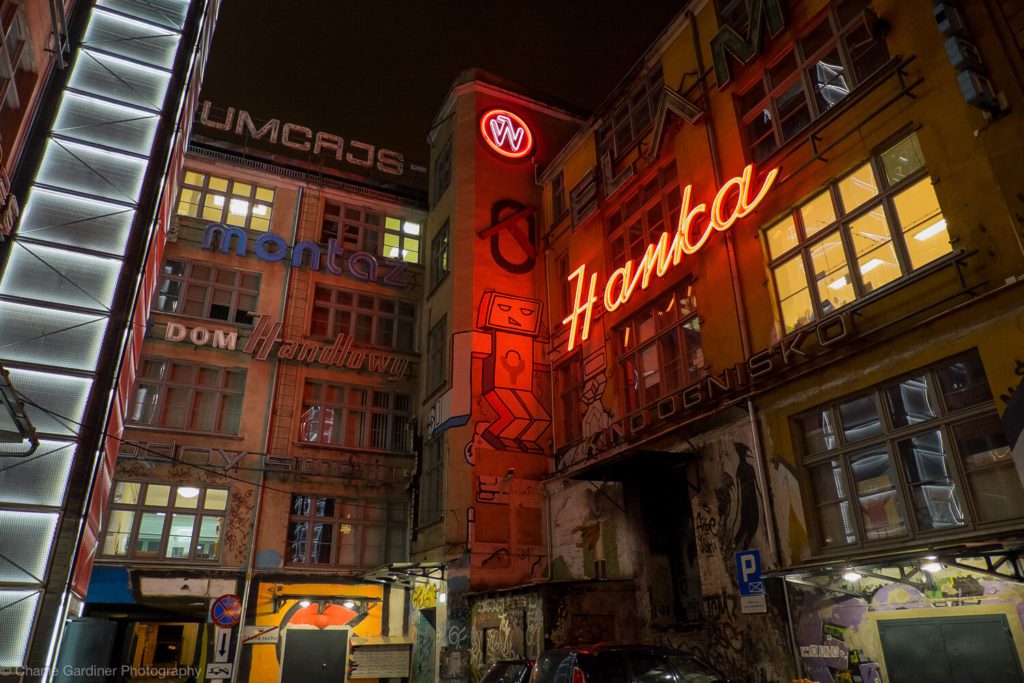 This is a bit of a hidden gem in Wroclaw that you probably wouldn’t hear about if it wasn’t for me. The bridge that connects two towers of the St. Mary Magdalene Church is locally known as the witches bridge although nobody seems to be sure why. 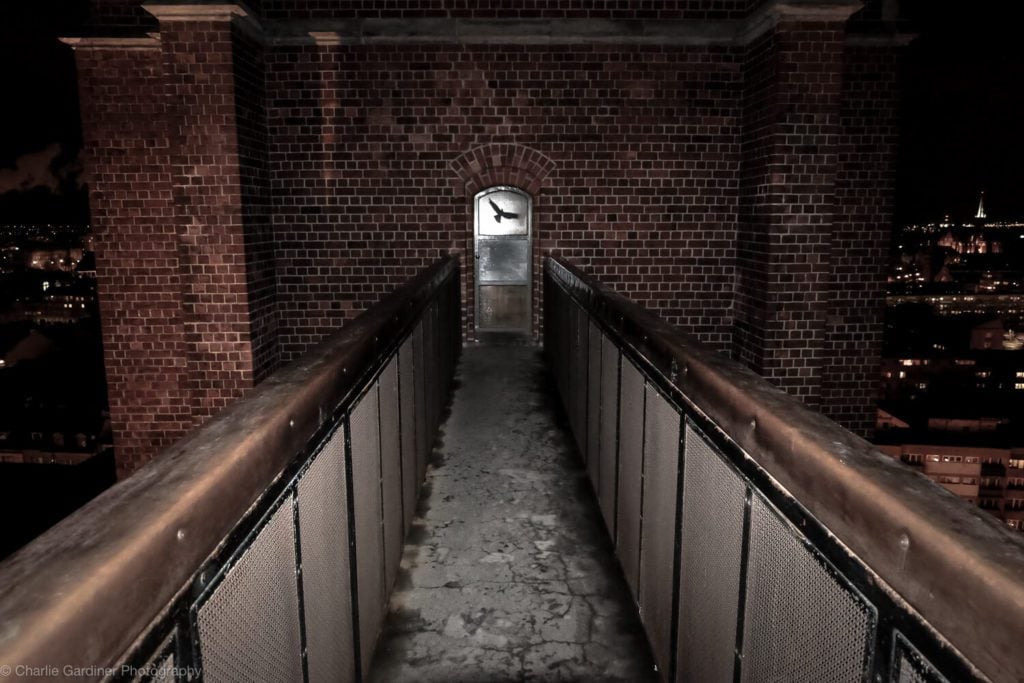 You can pay 4 zlotys (less than £1) to climb the tower and get onto the bridge. From the bridge you have an amazing view and can see right over the city. It makes you wonder why it was called the witches bridge…

In 2006 Centennial Hall was listed as a UNESCO World Heritage Site for its historical importance. Originally built by the Germans when the city was part of the German empire and often used for political rallies, it is now home to concerts and other events. 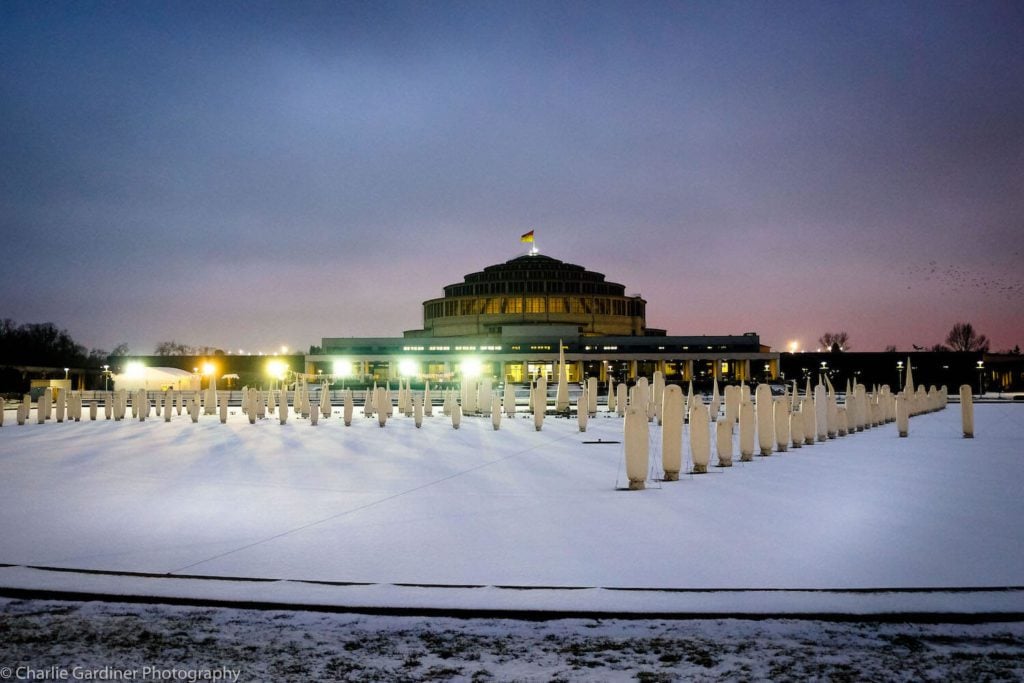 Around the grounds of the hall there are the Japanese Gardens and the Magic Fountain. The fountain is one of the biggest multimedia fountains in Europe but only works during summer. So if you’re there in winter sorry about that. 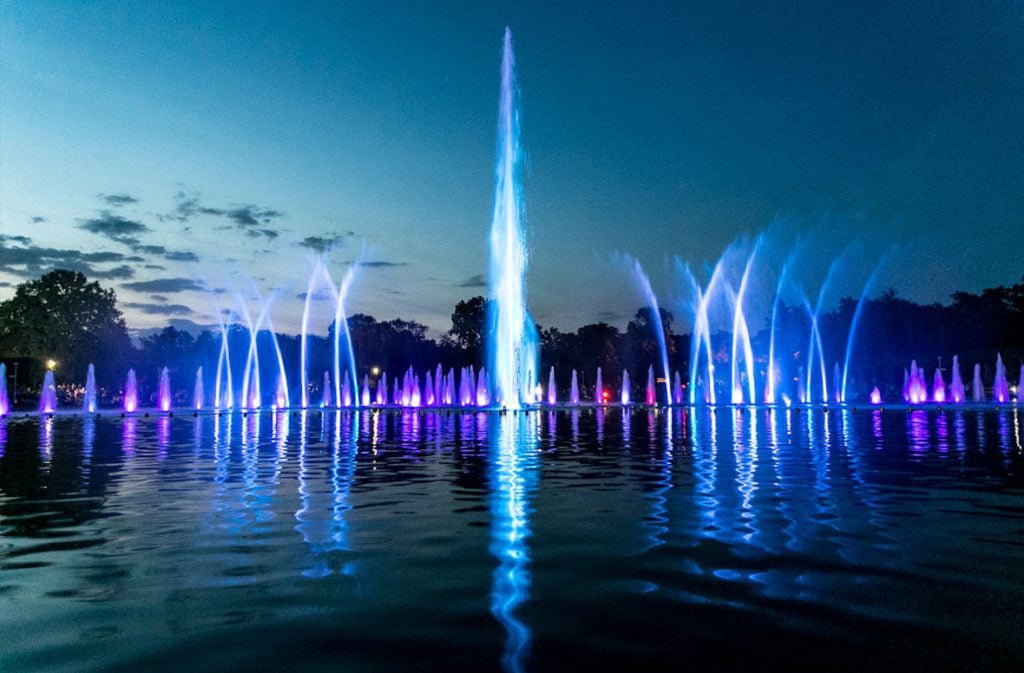 A Few Other Suggestions

If thats not enough to keep you busy then here are a few more suggestions:

If I had to summarise Wroclaw, I would say that it’s a city rising up on the world stage and growing fast after years of being controlled by other countries. The speed that it’s developing is a sign that it has a lot going for it. New buildings and shopping centres are popping up all over the place so expect to hear more about Wroclaw in the future!

Thanks for reading My Ultimate Travel Guide: Wroclaw, Poland!