Ljubljana is the small capital city of Slovenia positioned on the Ljubljanica River. The city is known for being green, clean and absolutely beautiful. It is a small capital city with a population of only 300,000. This allows the city to stay quaint and incredibly clean. They recycle everything and even have small electric carts that transport tourists around the old town city centre.

There is a university here that keeps the city full and alive with students from all over Slovenia and the rest of the world. Many people have called Ljubljana a “hipsters paradise”. This is likely because the city is artistic, progressive and incredibly self-aware.

The people here are well mannered, welcoming and very proud. It is a safe city. There is no need to fear impolite looks in Ljubljana much less people walking the streets at night.

Are you ready to explore Ljubljana yet?

There are all kinds of cool bars, clubs and pub-crawls in Ljubljana. The young population of the city continues to come up with fun and new ways to party. The city centre surrounding the Ljubljanica River is dotted with dozens of cafes.

You can sit at one of them and sip on craft cocktails and people watch the night away. They also have all kinds of trendy bars with different themes – from retro, to graffiti covered, to pubs. My favourite bar that I stumbled upon is called Zmavc. It has big red doors and there is graffiti displayed on the entire outside of the building. It is a creative looking and feeling bar. They have a great outdoor patio, plenty of inside seating, cheap beers and solid DJs.

Ljubljana, much like the rest of Europe, has no qualms with drinking in public. It is common to see locals and tourists alike drinking in the parks and along the banks of the river in the city centre. I highly recommend grabbing a bottle of wine and joining the fun.

Metelkova will be the first place that most people will recommend you visit in Ljubljana. It’s a former army barracks turned squatter/artist paradise. The place is covered from top to bottom in graffiti and has giant art pieces by local artists. 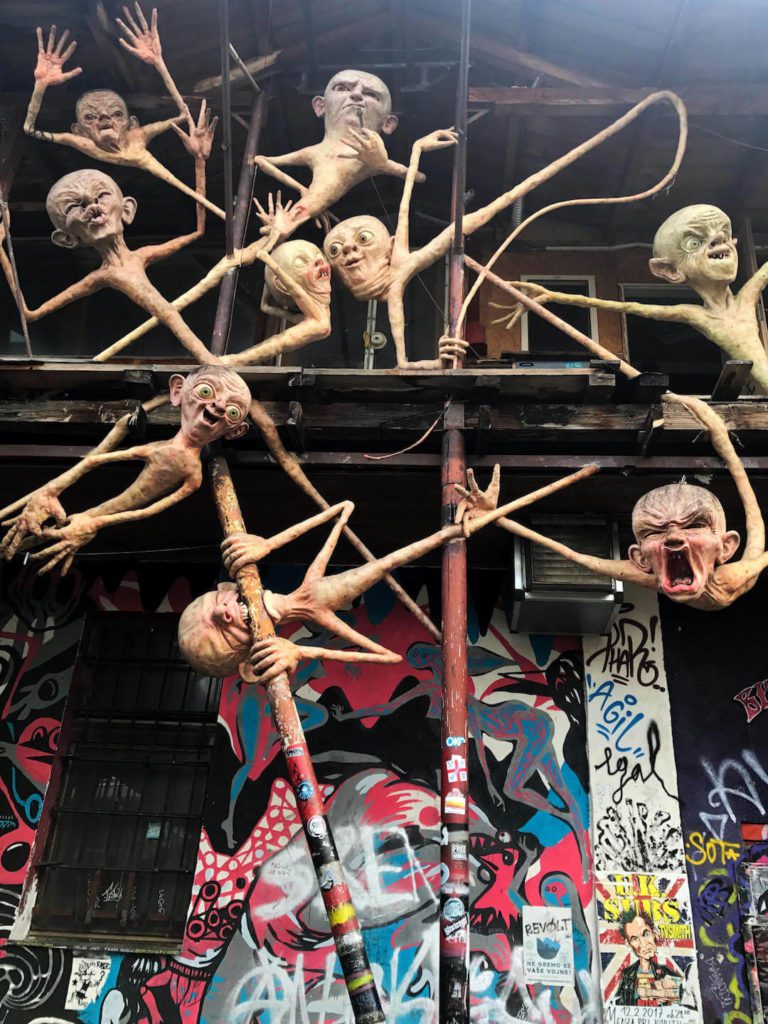 There is a bar and a hostel inside Metelkova. If sleeping behind open bars in a former army prison is your thing, then you should definitely check out the hostel here. You can come during the day to chill and take photos of the artwork or come at night when you can bring your own booze and party late into the night.

Ljubljana has a plethora of museums. Most of which, are free on the first Sunday of the month. You can find smaller art galleries all around the city centre also.

Graffiti is in abundance. Not the dirty “I wish they didn’t do that” kind (because the old buildings stay untouched and beautiful), but the striking and expressive kind that flows in abundance in this city.

It is a sacred ritual around here to drink coffee. Everyone drinks it and most places take pride in the quality and quantity of the product they serve. It is one of the first places I’ve visited in Europe that has really understood the iced coffee. I can’t pick just one coffee shop because there are simply too many good ones. If you wander around the city centre, you are sure to stumble into one that will leave you delighted.

Food market Fridays are also a popular event in Ljubljana. Every Friday there are dozens of carts lining the streets filled with food and treats. They have open kitchens and you can walk around getting little bites and be full in no time. There will be pastries, burek, traditional Slovene delicacies and all kinds of other foodie delights.

Traditional Slovene food is delicious. My favorite spot to enjoy the classics was called Druga Violina in the city centre. Our group was pleased when we tried Slovenian sausages, gnocchi, dumplings and traditional blueberry borovicka. I also tried a not-so-traditional ramen restaurant on the riverside called Tokyo Piknik. I am basically unable to resist ramen and I was not disappointed by the quality of food at this restaurant or the service provided.

Ljubljana also has a great craft beer scene. They have a bar crawl designed specifically to allow you to try their local brews. There are bars here dedicated solely to craft beer, just like in The States. You can pick up larger bottles of their brews for much cheaper at the local markets as well. My personal favourite was the Loo-blah-nah Pale Ale. 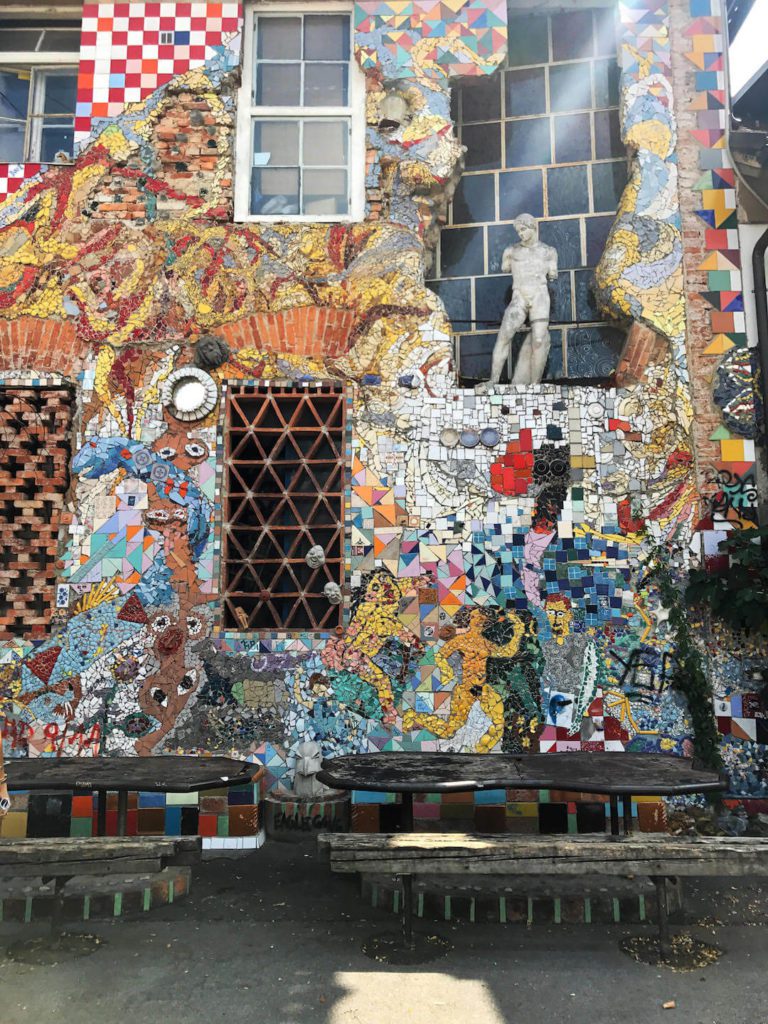 The dragon is the symbol of the protector of the city of Ljubljana. There is a bridge covered in dragons right in the center of town. The Dragon Bridge is definitely a must see while you’re here. You will also find dragons all over the castle on the hill here. Most souvenirs in the city will be associated with dragons in some way.

You will find dragon magnets, dragon t-shirts, stuffed dragons and tons of other dragon related items to take home. The Ljubljana flag and crest are also adorned with the dragon. Even though Ljubljana isn’t directly related to the show, it is a very Game of Thrones-esque city to wander around.

Slovenia is a relatively small country. This means that you can get from one place to another quickly and easily. I hopped on a bus to Bled and was there in one hour. Getting to the coastal city of Piran takes less than three hours to drive. I also hitched a ride to Postojna to visit the caves and castle.

This trip took under five hours in total. Slovenia is in the top five greenest countries in the world. I recommend getting out and exploring some of that greenery. There are lakes, forests, gorges and much more to quickly venture to from Ljubljana.

As I mentioned before, the people in Ljubljana are polite and welcoming. They don’t pass judgment based on race here but believe proudly in their culture. I met a man here that was born and raised in Ljubljana. He told me that before Slovenia was technically a sovereign state that the people here still believed that they stood independently and individualistically.

They are proud of their language, their food, their cities and their country as a whole. Their national pride is evident in Ljubljana and its citizens. I recommend that you go to a place where locals hang and meet some and get to know them. They are some of the most kind and intellectual people that I have ever encountered.