Pitcairn is one of the most secluded places on the planet. It’s 480km from its closest inhabited neighbour, Mangareva in French Polynesia, and is a minuscule 5km2 in total. The current population in 2018 stands at a whopping 50 people. The island has a mysterious past, it was discovered in January 1790 by the Bounty mutineers after they were looking for a place to hide from the British Navy and stash their stolen loot. To this day it remains a British Overseas Territory.

Although efforts in recent years have helped the islanders to reconnect with the rest of the world, it’s still one of the most remote and difficult places to get to. Which puts it in the perfect position to become officially designated “Pitcairn Dark Sky Park”. The islanders are in the process of getting official recognition at the moment, which they are likely to get.

Becoming officially recognised as a dark sky park would dramatically increase tourism to the island from just a few hundred tourists per year who stop off for an hour or two while passing by on cruise ships. It’s no surprise that it’s expected to become a popular destination with photographers and hobbyist astronomers.

There are only 3 officially designated international dark sky parks in the world: the Great Barrier Island in New Zealand, the USA’s Cosmic Campground and Gabriela Mistral in Chile. Adding Pitcairn to that list would not only be great for the island but also a logical step to take, after all it’s not like the island is ever likely to be developed to the point light pollution becomes an issue. Plus the island has a rocky, volcanic landscape which provides plenty of great viewpoints to set up a camera and get some of the clearest shots of the Milky Way possible anywhere on earth. 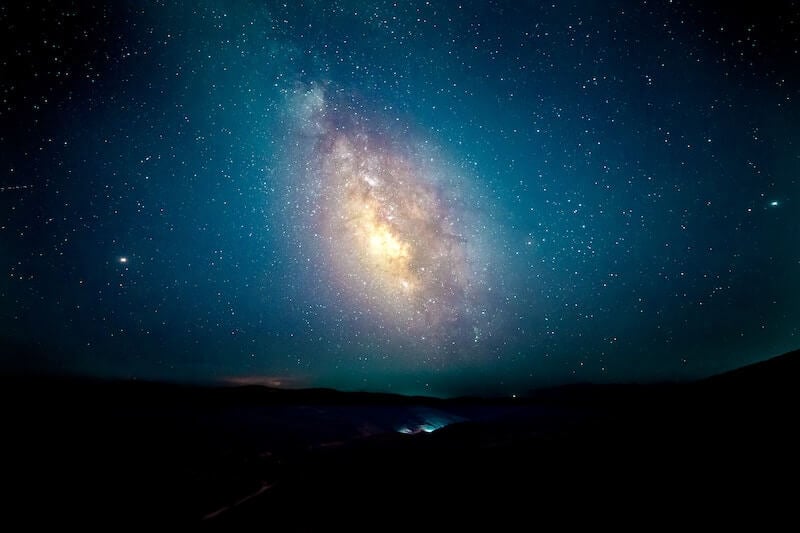 Pitcairn has amazing dark skyscapes. As part of our commitment to protecting our environment, we aim to curate a world-class night sky-viewing experience. Being such a pristine and remote island, our natural amphitheatre will provide an ideal location for intrepid Astro visitors. – Heather Menzies (Pitcairn Island’s Travel Coordinator)

Pitcairn Dark Sky Park would make a once-in-a-lifetime trip for any keen astrophotographer, and it might just become a reality. Pitcairn have a reputation for being ecologically minded. What will back up their application to become a dark sky park will be the fact that the United Kingdom announced in 2015 the waters surrounding the little island were to become the largest protected ocean area in the world due to their pristine condition. It is now the third largest, but still an impressive accolade.

So, how far would you go for astrophotography? Would you travel half way around the world on any means of transportation that was available to get to a spec in the Pacific Ocean?

Or maybe you want to take it further. If you can’t get enough of the idea that Pitcairn is the perfect location for astrophotography, then they are currently looking for people to move there permanently.

Could you handle the isolation in the name of perfect astrophotography?

2 thoughts on “Pitcairn Island: How Far Would You Go For Astrophotography?”