Crossing the border into Gibraltar (yep there’s an actual land border where they check passports even though it’s in the EU) is a little surreal the first time you do it.

You go from the city of La Linea, which is a typical Spanish coastal city, into a slice of Britain where the sun shines 320 days a year and temperatures can reach 40 degrees Celsius in summer.

Whoever said it rains all the time in Britain has obviously never been to Gibraltar.

The first three things that you’re met with once you make it across the border that proudly let you know you are in a British Overseas Territory are red phone boxes, British traffic lights and bobbies on the beat wearing their traditional police uniforms. 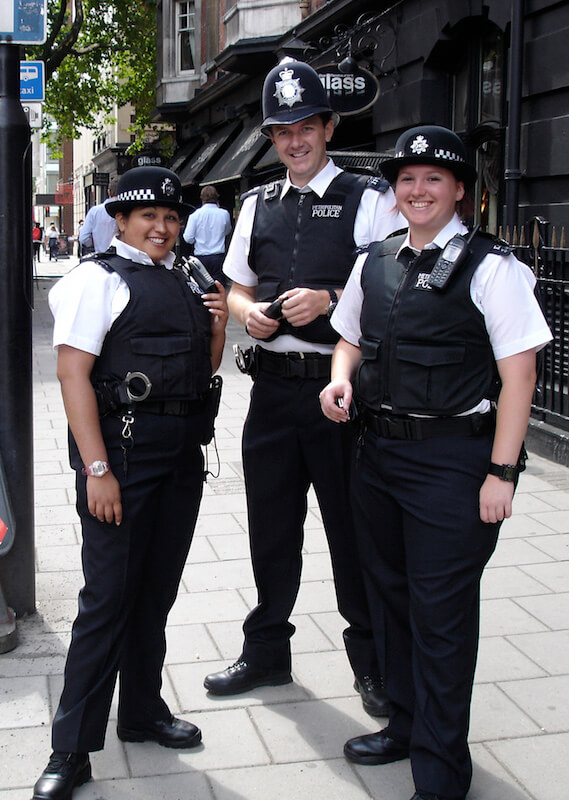 Once you get past that, the next thing you’ll come across is one of the strangest airport layouts in the world.

The runway for Gibraltar’s airport stretches from one end of the rock to the other and cuts right across the only road connecting it to the Spanish mainland.

If you’re lucky, you might be able to drive or walk straight across it, but if you’re not then there could be a 10-15 minute wait while the next plane lands.

Things to do in Gibraltar

If you only had one or two days in Gibraltar, these are the main things I recommend you do.

The top of the rock of Gibraltar is a nature reserve and the only place in continental Europe where you can find wild monkeys.

The Barbary macaques that have made it their home roam freely and often get up close and personal with tourists, especially those who have snacks in their bags or pockets. 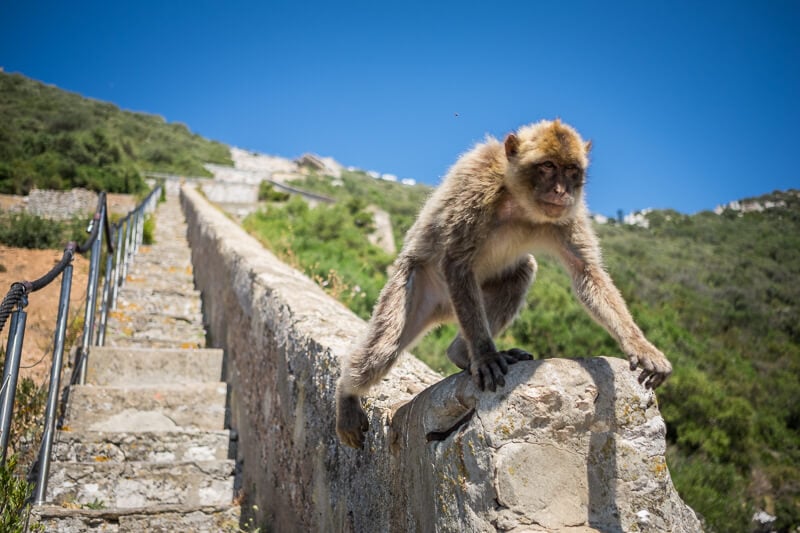 While Barbary macaques are an endangered species whose population has been slowly decreasing in their native home of Africa, their numbers are booming in Gibraltar. 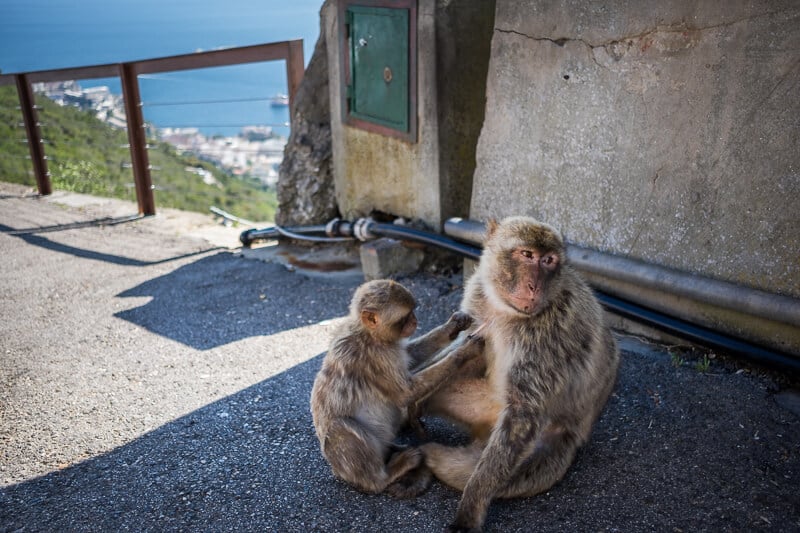 By far the best way to get to the Upper Rock area is using the cable car. It runs all day ferrying passengers up and down.

If you pay a little extra, there is a package available to book online that includes a return trip on the cable car and also an awesome dolphin watching experience where you’ll be taken out on a boat into the Strait of Gibraltar to see the families of dolphins that live in the area. 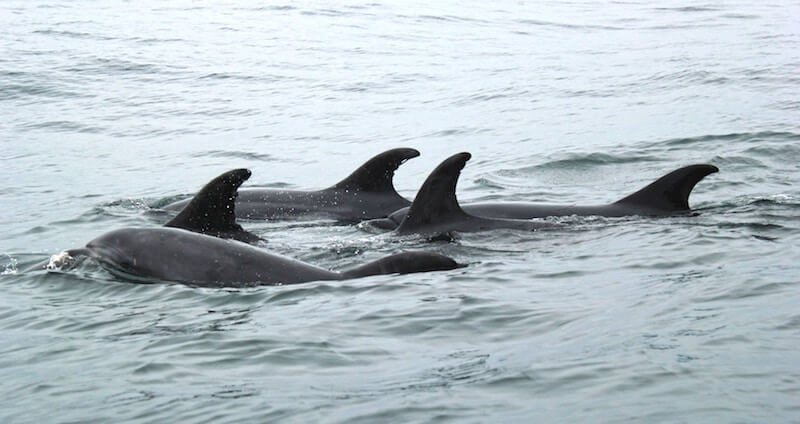 It’s was by far my favourite thing we did whilst in Gibraltar.

Alternatively, you can book the dolphin tour separately if you like.

The Upper Rock has more to offer than just the monkeys.

Since Gibraltar has mainly been used as a military base in the past, there are a ton of hidden tunnels and caves that have been dug into the rock.

St. Michel’s Cave was once used as a military hospital but these days plays host to music concerts. 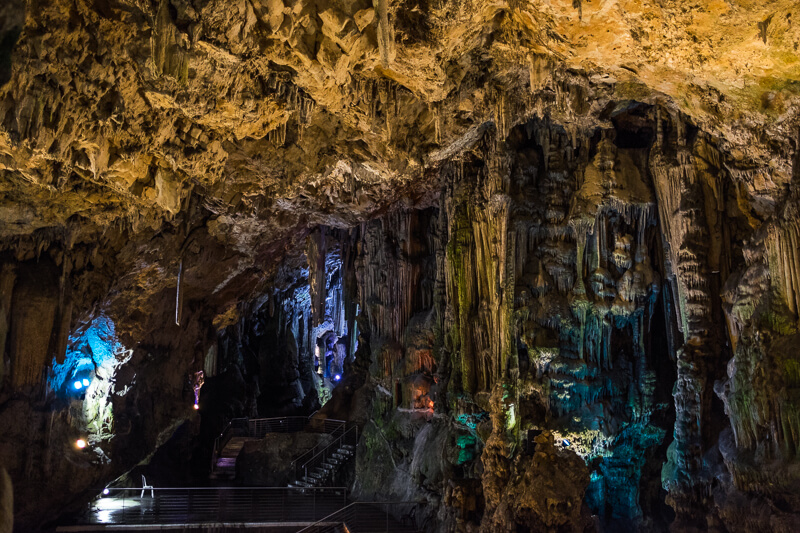 It’s stunning stalagmites and stalactites form the most amazing cave I have ever been in. 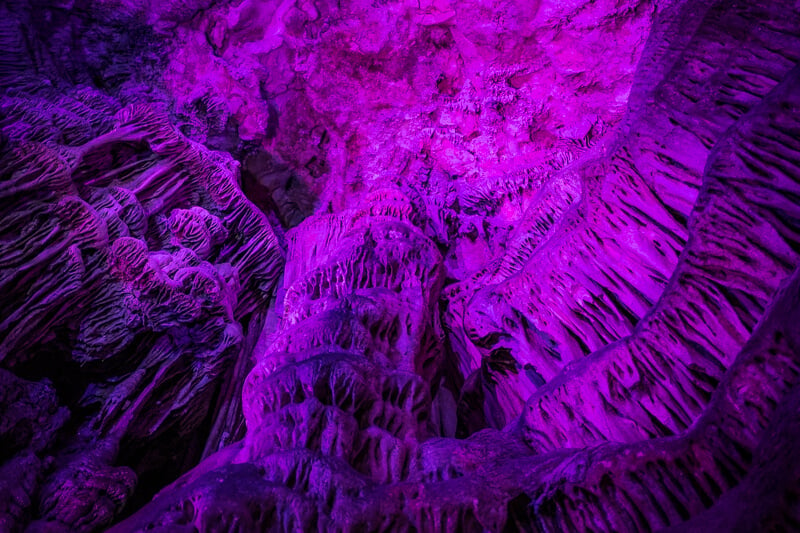 The Great Siege Tunnels are another piece of Gibraltar’s history that you can experience first hand.

The tunnels were dug out during a battle between the British and Spanish at the end of the 18th century when the Spanish attempted to reclaim Gibraltar.

They are impressively long considering they are dug out of solid limestone using old tools and technology. All along there are little openings where guns were mounted to help defend Gibraltar against attack. 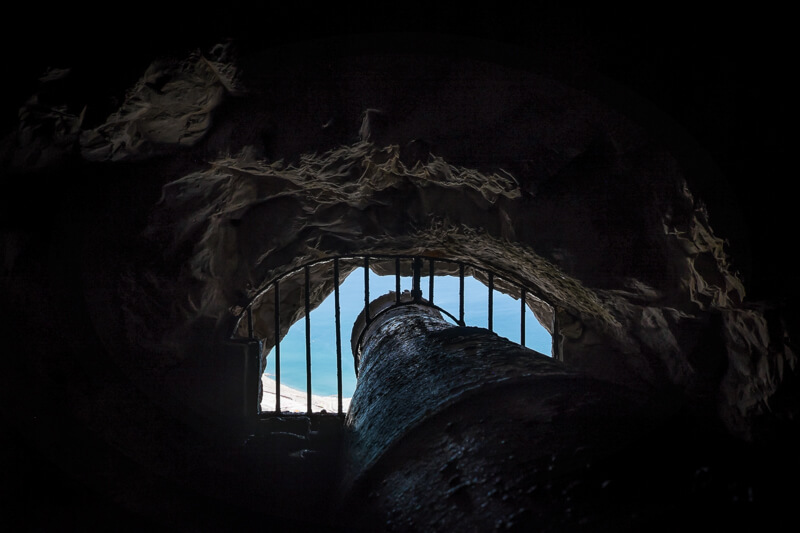 You have to pay to gain access to the Upper Rock and also pay again if you want to visit St. Michel’s Cave and the Great Siege Tunnels. Which is why booking a package tour like this one which includes everything (as well as transport to, from and in-between each place of interest) is the most cost-effective and convenient way of seeing it all.

Visit the southernmost point of Gibraltar at sunset

Europa Point is the southernmost point of Gibraltar and its most recognisable feature is the lighthouse which sits on its edge.

It’s the perfect spot to watch the sunset over the sea at the end of the day.

The area is fairly bare compared to the town itself, but there are four other notable buildings at Europa Point which include; Harding’s Battery, Shrine of Our Lady of Europe, Nun’s Well and the Ibrahim-al-Ibrahim Mosque.

But it’s the lighthouse which provides the best views over the Strait of Gibraltar where you can clearly see Morocco.

In fact, from Europa point you can see 2 continents (Europe and Africa), 3 countries (Gibraltar, Spain, Morocco) 1 ocean (the Atlantic) and 1 sea (the Mediterranean) all from the same spot.

Gibraltar is home to some of the best scuba diving in the area.

There are a number of great shipwrecks to explore, some of which have been sunk to create artificial reefs and some of which met their demise accidentally on the rocky shores.

Unfortunately, I don’t have any pictures from the two dives I did since I don’t own a waterproof camera. But take it from me, it is well worth it if you are a certified diver.

Even if you’re not already certified, Gibraltar is a great place to get your feet wet (literally) with diving.

I highly recommend Dive Charters Gibraltar since they are local and have great knowledge of the dive sites.

Take a walking tour of the city

If you’re keen to learn more about Gibraltar from a traditional walking tour then this tour which lasts an hour and a half is a great way to do so.

As you’re walking through narrow alleyways and busy squares alike you’ll learn all about the culture of Gibraltar, what makes the place tick and how the locals have taken the best bits from the British and the Spanish to form a way of living that is uniquely Gibraltarian.

Watch the daily changing of the guards ceremony

Several times a day outside the Convent (the Governor of Gibraltar’s official residence since 1728) the ceremonial changing of the guards takes place.

Exact times of when the ceremony takes places can vary depending on the time of year. The best thing to do if you don’t want to miss it is check the official Gibraltar tourism board website or ask in a tourist info centre when you are there for more details.

On special occasions such as the Queen’s birthday other regiments of the British army visit Gibraltar and perform large military parades which is a great sight to see under the Mediterranean sun.