Vero has been taking the internet by storm over the last few days, it has rocketed to the number 1 spot in the App Store and people can’t seem to sign up quick enough.

At its core Vero is similar to other social media apps, you can share links, photos, music, films, books etc.. but its main difference is that the platform will never show its users ads and it doesn’t use algorithms to determine where your posts appears in other people’s timelines. Posts are shown in chronological order like how it used to be on Instagram. The first 1 million people who sign up get free access to the app for life but after that they plan to make the service subscription based which is how they will keep it ad free (more on this later).

With all of the hype currently surrounding Vero you’d think it was new, but it was actually released back in 2015. For some reason though it has only now just gone viral. The surge in new user registrations has caused the app’s servers to overload and as a result people are experiencing glitches with it and it’s running slowly in general.

We jumped on the bandwagon yesterday to see what all the fuss was about… Check out our account and throw us a follow if your curiosity gets the best of you as well. 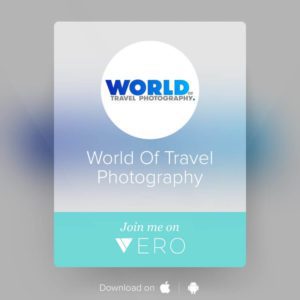 The app seems to be designed quite well (apart from the server being slow which I’m sure they will fix soon) and I especially like the fact posts are ordered chronologically. You have 2 options when connecting with someone, you can follow them like on Instagram or you can send a “connection request” which the other person has to accept like on Facebook. If they accept your connection request you then have the choice of marking them as an acquaintance, a friend or a close friend.

MOST SOCIAL NETWORKS REDUCE EVERYONE TO A FRIEND OR A FOLLOWER. THIS ENCOURAGES US TO ONLY SHARE THE PARTS OF OUR LIVES WE THINK ARE THE MOST INTERESTING.
WHEN YOU CAN CONTROL WHO SEES WHAT, YOU CAN BEHAVE IN A WAY THAT IS MORE NATURAL, WHICH WE BELIEVE ENDS UP BEING BETTER FOR YOU.

Vero have now announced on their website that they have signed up over 1 million users but due to the technical issues they have been having the free registration period has been extended. So if you are keen to give it a try, now is your chance.

The bad side of Vero

As quick as Vero exploded in popularity the negative press started.

The CEO of Vero, Ayman Hariri, is the billionaire son of former Lebanese Prime Minister Rafic Hariri. He used to be deputy CEO and chairman of a construction company founded by his father. The company was shut down due to mismanagement when it came out that the workers, often from poor countries, were left unpaid and without food, water and accommodation during a building project in Saudi Arabia.

Because of this a lot of people decided they didn’t want to be part of a social media platform run by such a person. This lead to the next bit of bad press, the difficulty people are having trying to delete their accounts.

The option to delete your account is buried away somewhere in the support section of the app and once you find it you’ll find it is only a request to delete your account. Once you request for your account to be deleted support have to manually delete your account which is taking anywhere from 2 days to a week at the moment with its current surge in popularity. People aren’t happy that they can’t remove their profile from the platform when they choose, but have you ever tried to delete your Facebook account? I bet you haven’t. You can’t do that either. All you can do is “deactivate” it, but it will never be fully deleted and will sit there forever just waiting for you to cave in and return to the dark side. I bet that doesn’t put you off using Facebook?

Also there is a clause in the terms and conditions that is getting a lot of attention. It says that you give Vero the right to redistribute your content under a royal-free licence. Well again, that same clause is in every other social media platform’s T&C’s. They wouldn’t be very good at what they do if they couldn’t show your posts to other uses when you publish something would they?

Make what you will of Vero but it’s certainly something to keep your eye on. A lot of big influencers are asking their followers on Instagram and Twitter to follow them on Vero. Maybe this is your change to gain a decent sized following on a new social platform before it becomes too saturated?